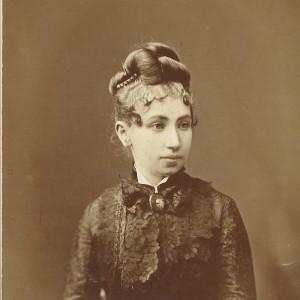 Judith came to my book signing at Boulder Book Store. She is a lovely woman — very sweet, very unassuming. After she read the book, she couldn’t get Julia off of her mind. So she decided to “check on her spirit,” she told me. She was thinking about all the trauma Julia went through–the voyage to New Mexico from Germany, the miscarriages, the illness: “trauma after trauma,” Judith said. “I felt that her spirit gave up, it wasn’t in her body, she was trying so hard. I felt this deep compassion for her. She couldn’t get the trauma out of her body.”

The main thing Julia wanted to tell us, Judith said, “is that she tried so hard. The family tried so hard. They didn’t realize she wasn’t in her body.” Many people thought Julia was crazy. But it was more that she was worn out, trying to navigate that separation between soul and body. She was, Judith said, like a soldier coming back from war, who had suffered too much. “She didn’t want to be in her body. She wanted to be released.”